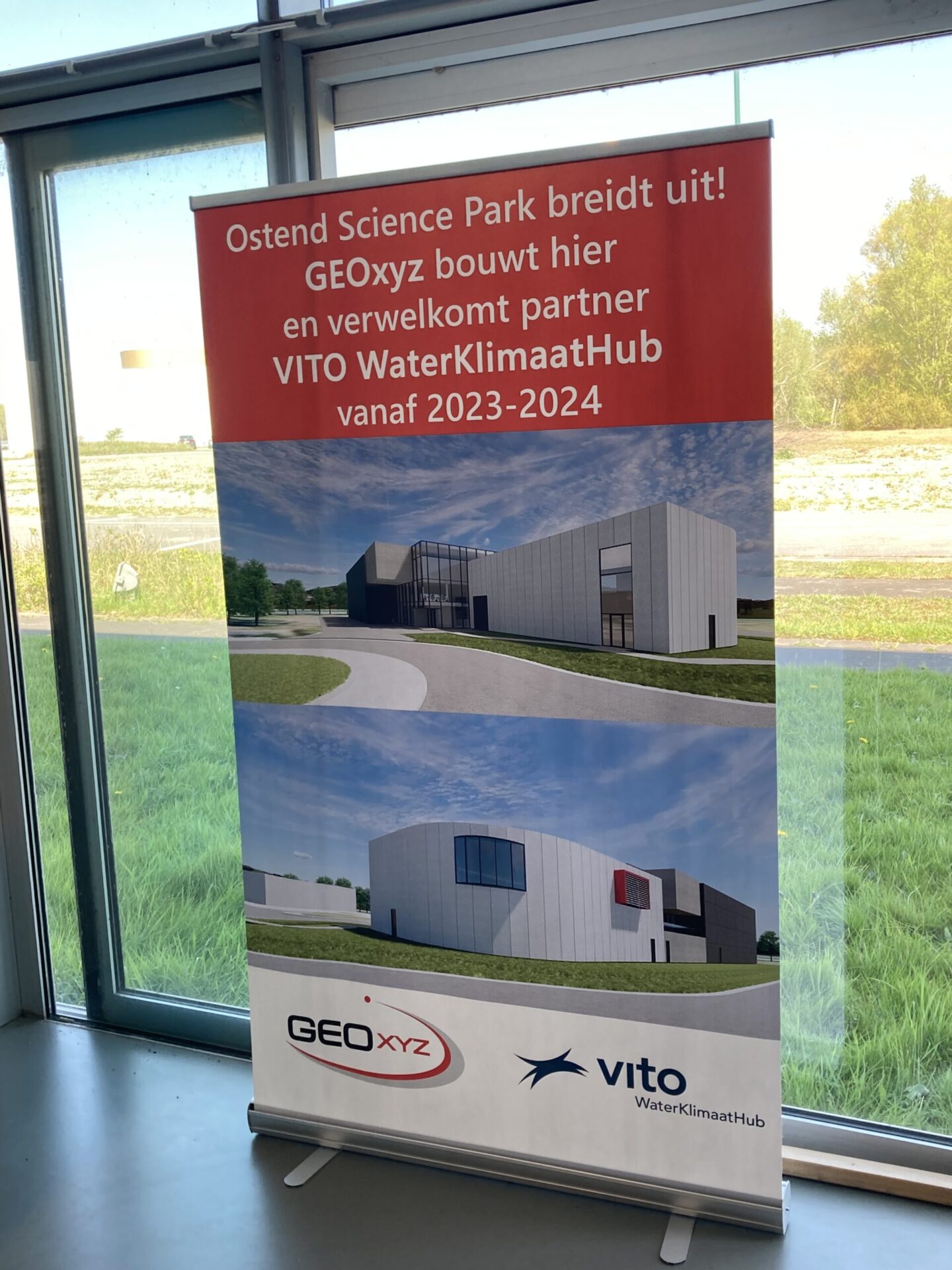 Exciting news last week during the first event of the WaterClimateHub 'Together over Water' at Bluebridge.

Inge Genné, Program Manager Water of VITO, announced during her opening speech that the WaterClimateHub will partner with GEOxzy and will move in their future new building at Ostend Science Park. Construction works will start next year, in the meantime you can find the team of the WaterClimateHub in the Bluebridge building.

The WaterClimateHub in Ostend is a regional division of the VITO knowledge centre. The hub was launched in 2021 at the request of Flemish Minister of Economy, Agriculture and Innovation Hilde Crevits. The assignment is part of the Blue Deal, the Flemish program that aims to make our water system smarter, more robust and more sustainable. Which is completely in line with the Flemish innovation agenda Water, an initiative facilitated by Vlakwa.
Via the WaterKlimaatHub, VITO invests in the development of water expertise and infrastructure and builds bridges to the existing VITO knowledge domains around land use, chemistry, materials and energy.

All news
This site is registered on wpml.org as a development site.