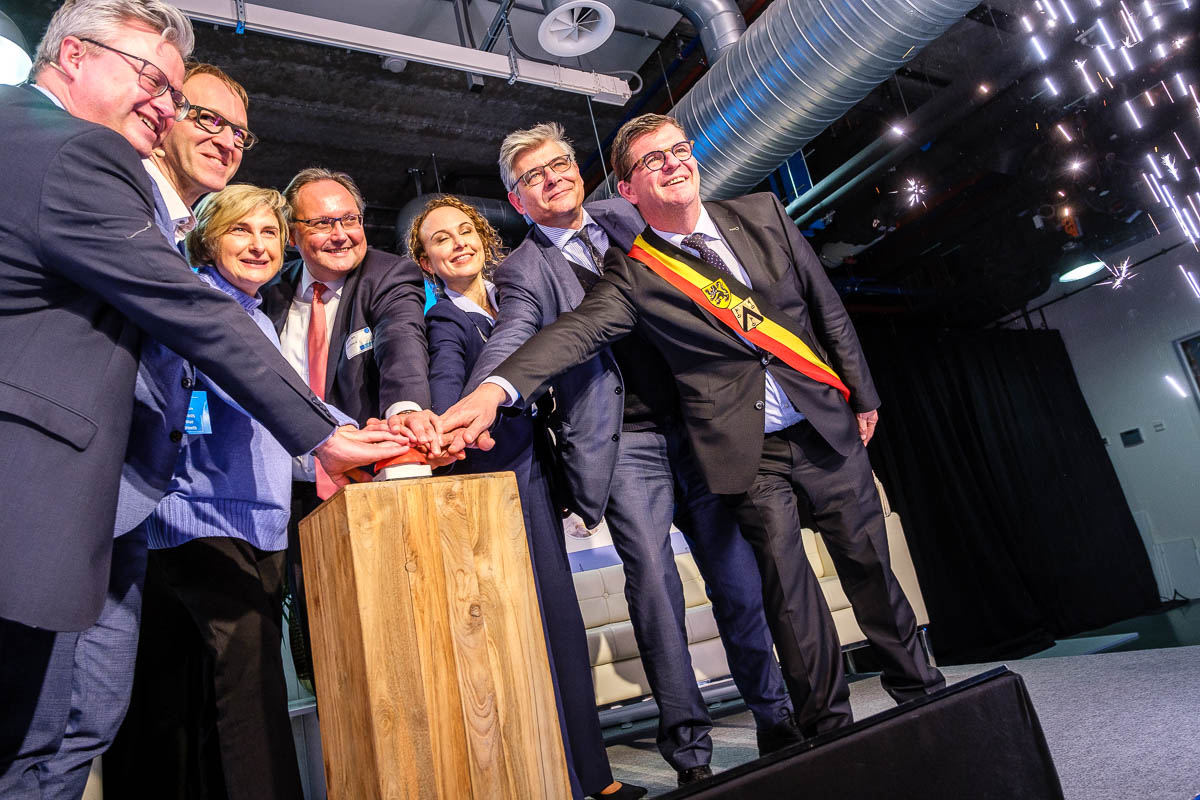 Ghent University, POM West Flanders and the Port of Oostende joined forces to create a new science park aimed at attracting new businesses involved in the maritime or blue economy.

The event welcomed over 250 guests, including high officials from local, regional and national authorities, CEO’s and R&D staff members from blue economy businesses, researchers and representatives of knowledge institutions. Several speakers – including CEO Carl Devos, minister Hilde Crevits and mayor Bart Tommelein – informed the audience about the goals and future plans of Ostend Science Park. Subsequently, the blue growth business park was officially opened. During the reception, guests got the opportunity to visit the first operational onsite lab (Stresschron) and an exhibition at which the Bluebridge residents and Ghent University marine and maritime research departments presented themselves.

At the same time Bluebridge (formely GreenBridge) introduced itself as the new headquarters of Ostend Science Park. Thanks to this collaboration, businesses will get a unique opportunity to develop new products and services linked to the maritime or blue economy at this site. In the sense of open innovation, the high-tech blue growth hub is already turning out to be groundbreaking. Together, we boost the maritime sector towards sustainable growth.

Watch the aftermovie of the launch event here:

All news
This site is registered on wpml.org as a development site.