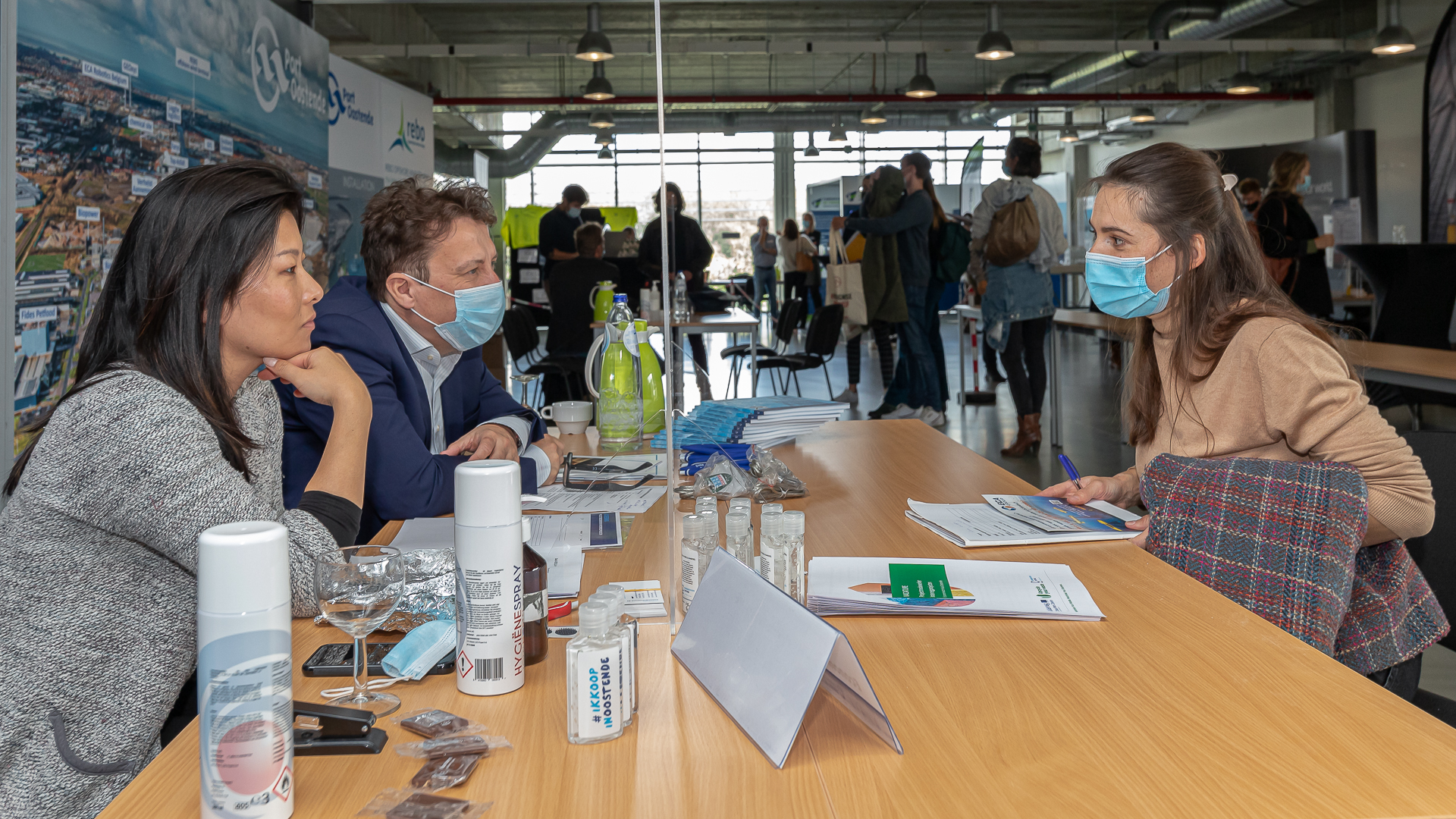 Thanks to the Voka Welt project and subvention from the Flemish Government, we got a repeat this year under the name "Blue Career Day". The concept remained the same: to introduce job seekers and graduates to the advantages of and the jobs within the Blue Economy!

The objective of this job fair is twofold: on the one hand, jobseekers and graduates can get acquainted with the jobs and activities within the Blue Economy, on the other hand, the companies  in this industry can draw attention to their vacancies. This shows that, even in times of crisis, various recruitments are made within this sector, which has only positive consequences for our local economy.

No fewer than 20 companies were represented at this job fair!

A nice extra: thanks to Noordzee Helicopters Vlaanderen, a helicopter flight for 5 people was raffled among the visitors at the fair. The winners will be able to admire the wind farms and all the great assets of the Blue Economy in Ostend from above.

Want to know more? Have a look at this beautiful press article and video:

" It is crucial to fully commit to employment in times of crisis. This job fair therefore highlights a sector where there are still dozens of job opportunities, especially now that a series of new opportunities have been created by the arrival of several large companies. Moreover, the vacancies offer a nice mix of possibilities for both medium and high-skilled people, as well as for the more technical profiles. "