EU Commissioner Sinkevičius stresses importance of the Blue Economy during a visit to Ostend, Belgium 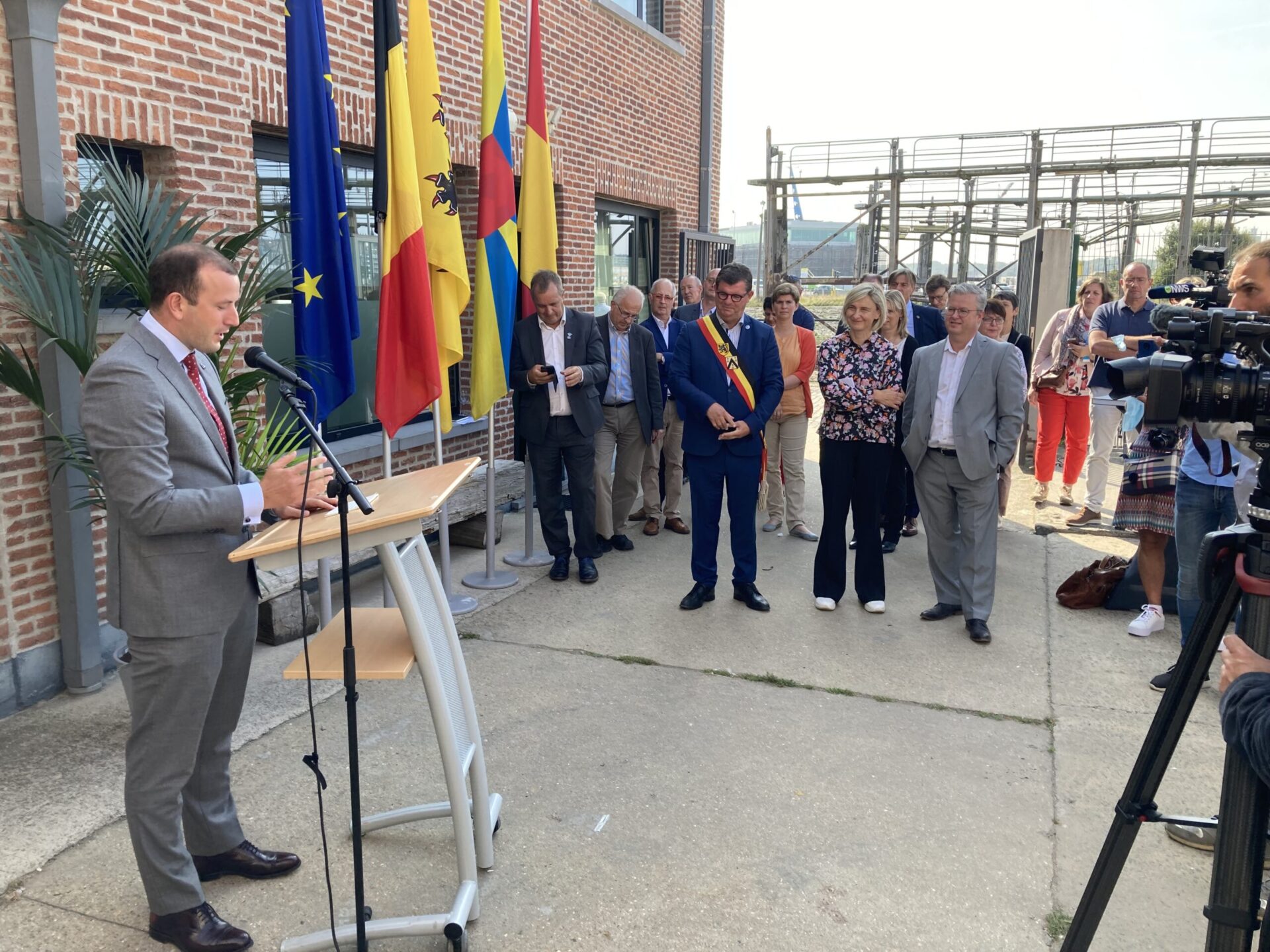 Ostend, 6 September 2021 – Earlier today, EU Commissioner for the Environment, Oceans and Fisheries Virginjus Sinkevičius paid a visit to the city of Ostend to familiarise himself with a number of local initiatives within the sustainable blue economy in Belgium.

After a warm word of welcome from Bart Tommelein, Mayor of the City of Ostend, the EU commissioner talked about the European aspirations for the blue economy and the potential of aquaculture to meet the increasing demand for sustainable food.

Hilde Crevits, Vice Minister-President of the Flemish government and Flemish minister for the Economy, Innovation, Work, Social Economy, Agriculture and Fisheries,  then took the stage to discuss challenges and ambitions in the local blue economy. This was followed by a number of speeches by local actors in the blue economy.

The programme set off in the Marine Station Ostend of the Flanders Marine Institute (VLIZ), which recently opened a seawater pipeline and houses the VLIZ Marine Robotics Centre. This centre develops novel innovative measurement techniques and strategies in the field of marine robotics to enhance the innovation capacity of marine research and the blue economy.

Next were a demonstration of an offshore wind farm control room, which handles all kinds of wind farm activities ranging from site access to rapid emergency response; an explanation of the Blue Accelerator, an offshore maritime innovation and development platform visible from the shore; and a visit to a nature-based solutions project that involves the planting of marram grass to create new dunes that prevent sand from being deposited on the seawall.

The programme then took the attendees to the local CoastSnap station, where citizens can contribute to science by taking a photo with their smartphone and share it through social media. As such, they provide valuable data to monitor the shoreline and study the evolution of the beach. Mr Sinkevičius was happy to support and participate in this fascinating global citizen science project.

The EU Commissioner’s visit to the City of Ostend was inspired by Mr Sinkevičius’ desire to become acquainted with local projects and initiatives in the blue economy. The programme of the event was drawn up collectively by Blue Cluster, Bluebridge, Flanders Marine Institute, Marine@UGent and Ostend Science Park.

" Mr Sinkevičius said: The EU is committed to protect and clean up its coasts, seas and oceans in order to protect biodiversity and ecosystems, which is our key weapon to deal with the impact of climate change. Transformation of the marine economy is necessary for protecting our ecosystems, but also for the wealth of our coastal communities. The region of Flanders shows that a sustainable blue economy is not just a concept on paper, but an ever more tangible reality, that will help us to achieve the objectives of the European Green Deal "